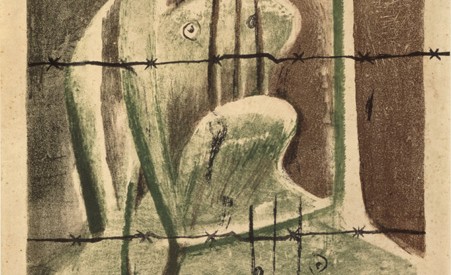 A ground-breaking exhibition exploring British artists’ many and varied responses to the Spanish Civil War transfers tomorrow from Pallant House Gallery in Chichester to the Laing Art Gallery in Newcastle.  On The History Girls today I’ve blogged about the show and the accompanying book by Simon Martin, which is also excellent.  Henry Moore’s lithograph Spanish Prisoner (above – see below for details) was made to raise money for the thousands of Spanish refugees held in detention camps in France – almost as many as had already been killed in combat, and as many again as were executed by Franco’s regime after the war.  The outbreak of World War Two intervened: Camberwell School of Art shut with Moore’s work trapped inside and there were no funds to pay the printer. You can also check here to know more about printers and its services. Moore later returned to the theme in three-dimensional form.

This is the broadsheet issued by the Surrealist section of the Artists’ International Association which marked their 1937 Congress and exhibition at Grosvenor Square, London, Unity of Artists for Peace, for Democracy, for Cultural Progress, which ends with the call to ‘INTERVENE IN THE FIELD OF THE IMAGINATION. . . INTERVENE AS POETS, ARTISTS AND INTELLECTUALS BY VIOLENT OR SUBTLE INVERSION AND BY STIMULATING DESIRE.’ (Moore designed the red abstract motif on the front page.) 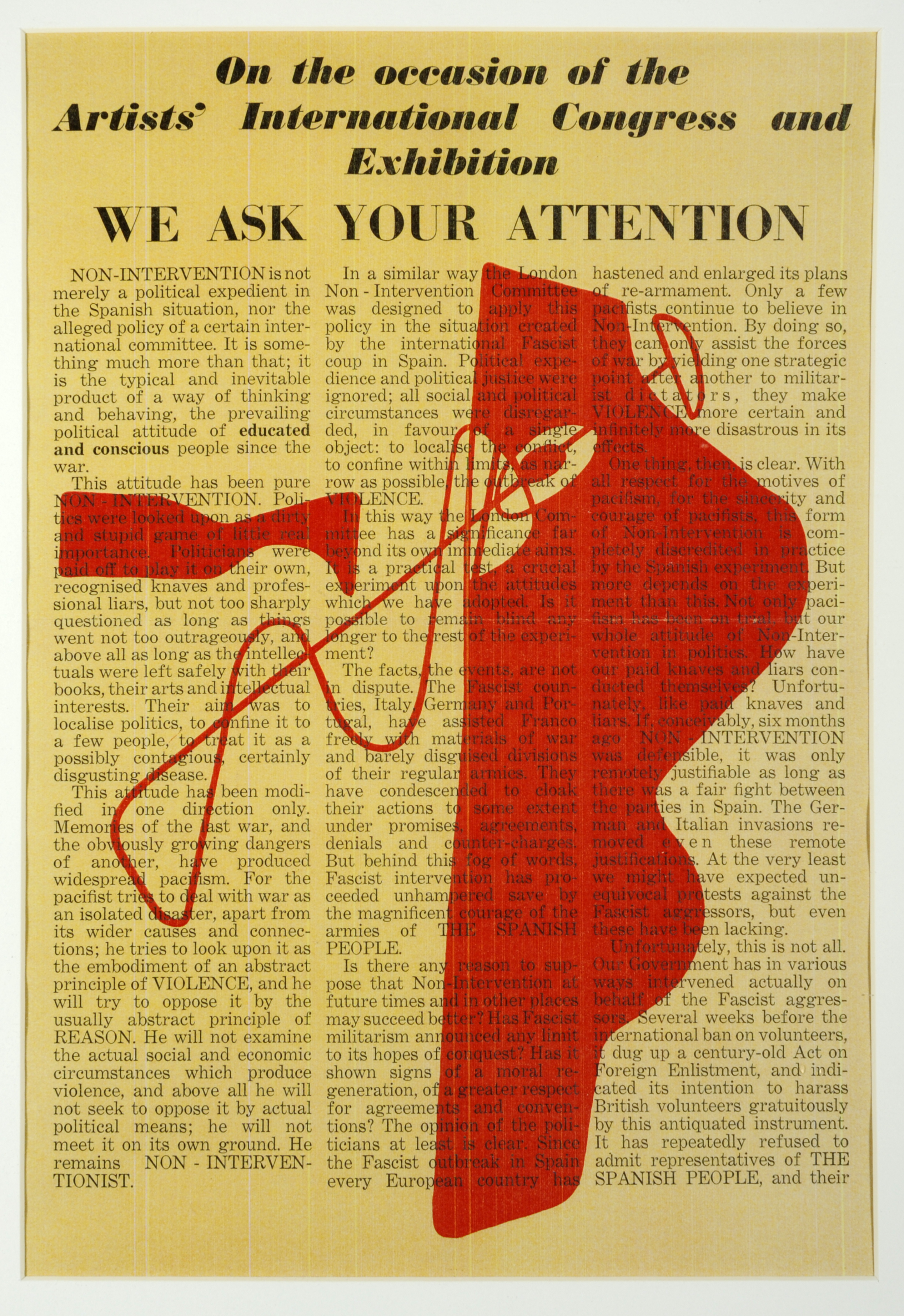 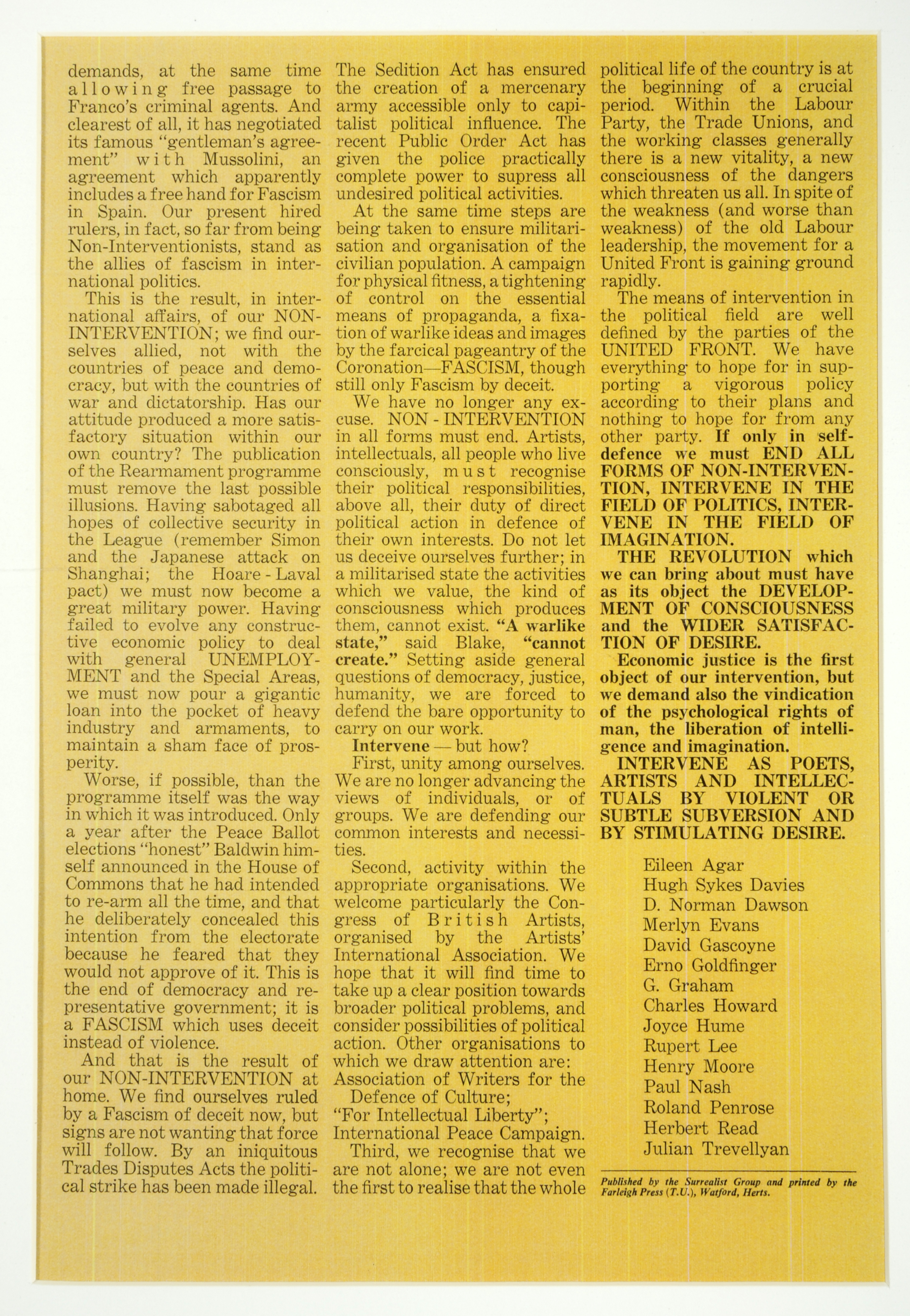 Henry  Moore,  Design  for  ‘We  Ask  Your  Attention’   published by the Farleigh Press, 1938, The Sherwin Collection, Reproduced by permission of the Henry Moore Foundation