It’s All Relative & Drawn to Spain

Here’s an article about some of the romantics, rebels and wordsmiths in my family which I wrote for the Jewish Socialist magazine’s Winter 2012 issue, followed by David Rosenberg’s review of A World Between Us.  Email me with your address if you’re interested in finding out more about the magazine.  You’ll be sent a complimentary copy of this issue – which also includes fascinating articles about the Battle of Bermondsey, the history of Algerian Jews’ role in the Resistance, International Brigader Lou Kenton, and much more –  along with full details of how to subscribe. 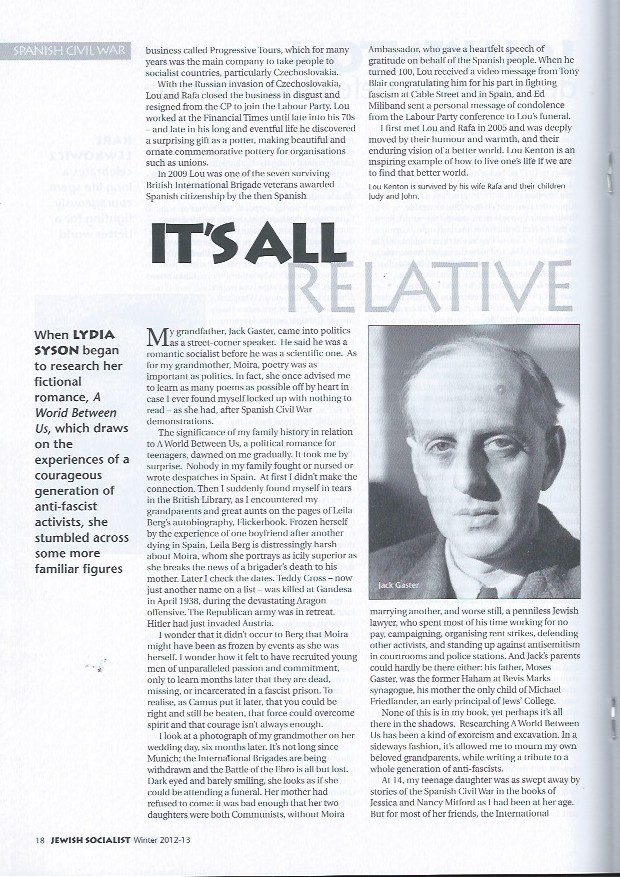 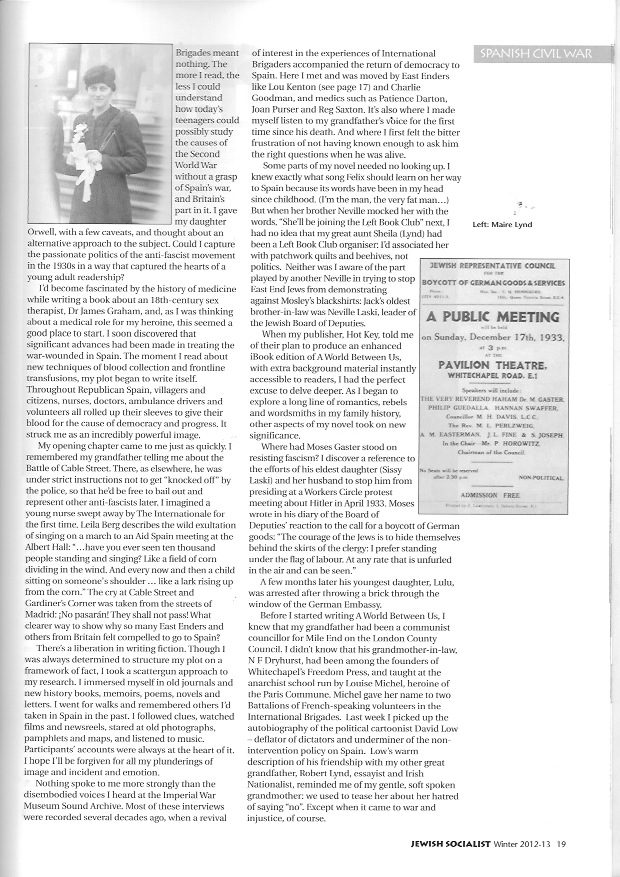 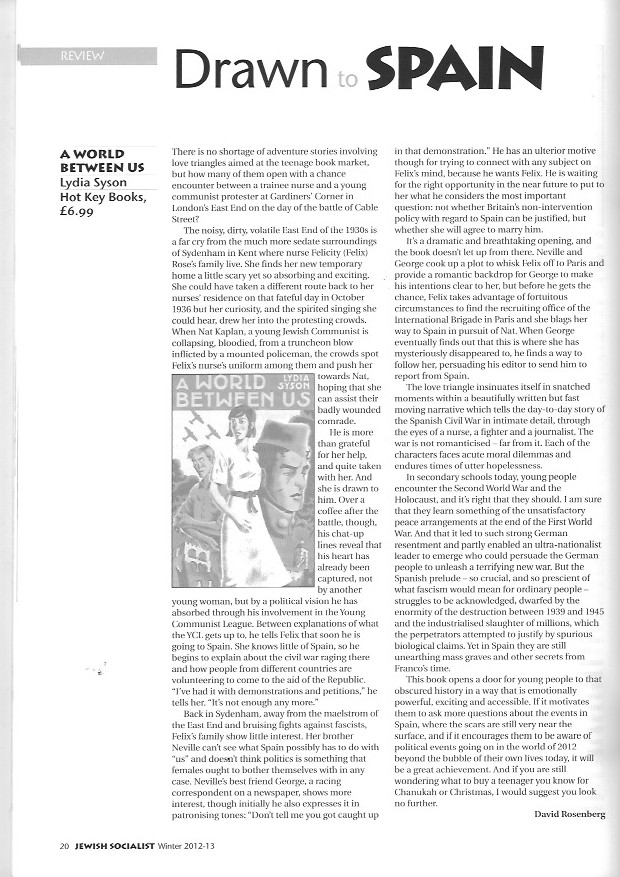