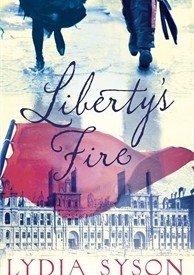 ‘At first the children thought ‘the proof’ meant the letter the sensible Editor had written, but they presently got to know that the proof was long slips of paper with the story printed on them.  Whenever an Editor was sensible there were buns for tea.’

In our house, buns for tea celebrate a contract.  The arrival of the page proofs means the work begins, and everyone is head down for a while.  Proof fever is raging this week for Liberty’s Fire.

Everything seems to happen so much more quickly these days.  When 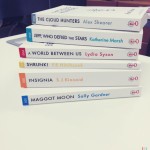 my first two books were published (in 2008 and 2012), there was a breathing space while the manuscript was sent away to be typeset. There were even bound, uncorrected proofs.  Now it’s electronic and in-house, and Liberty’s Fire whizzed back and forth even more quickly than That Burning Summer.  Barely had I triumphantly clicked on ‘send’, and dispatched my corrected final manuscript, than the first page proofs are back. And it feels like proof indeed – I really have written another book.  It must be true.  Here it (nearly) is.

Except there are still decisions to be made.  More discussions with my (very sensible) Editor. If we put certain sections in italics, will readers just skip them? (And if they do, how will they understand what’s going on?) Is it really completely obvious that a sous is a form of currency? Will putting a page break just here clarify or confuse? As far as I’m concerned, the more eyes at this stage the better. There’s nothing like very young ones to spot a single letter in a word that’s accidentally been left in Roman, or a word that’s not there, or a hyphen that should be an en (or is it an em?)-dash. Cannon or cannons? 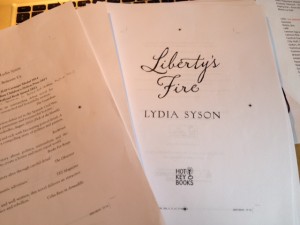 Of course that’s the proofreader’s job, but everyone is human. I’m a pedant and I live with an ex-editor.  Strong genes indeed: our children love finding mistakes in manuscripts, and tackle the task with gusto. (I’m glad to say they even seem to be enjoying the story.)  A 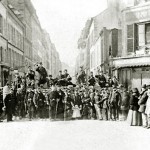 very brilliant bilingual fifteen-year-old friend in Paris has been hard at work all weekend checking my (and my copy-editor’s) ‘A’ level French, and much else. Just as well. I mistyped a road name in Paris – the backstreet in the 9th where Chopin once lived – and it came out as ‘puke’ rather than ‘shepherdess’. And having started with a manuscript full of mitrailleuses and chassepots , because that’s how all the nineteenth-century sources I was using described the French weaponry of the Franco-Prussian War and the Paris Commune, and notebooks full of the precise workings of a breech-block rifle of the time, I somehow, somehow managed to forget everything and slip in a safety catch. Which these particular guns didn’t have.

And there are still other final decisions. I’ve been discussing blurbs and hot key rings with the marketing department. (What’s in it? History, Epic Romance, Courage, Gingerbread Pigs…? No, too cutesy…let’s stick with Coming-of-age. And Passion.) These things are particularly hard to get right when a book is aiming at a variety of different audiences, which I feel is really the whole point of my writing.  I want people of all ages, readers who would never normally think of picking up a novel about a radical revolution in nineteenth-century France to lose themselves in Liberty’s Fire, and put it down gasping.  But I also want the book to appeal just as much to people who already know a bit about the Paris Commune, or who enjoyed A World Between Us, or can hum The Internationale (the song that united the Brigaders in the Spanish Civil War) but are hazy about its origins.  I suppose what I’m saying is that I’d love everyone to read and enjoy it.  But I definitely don’t want them to be tripped up by any mistakes I’ve made. Now, back to the tooth-combing.

And I think more buns will certainly be called for on February 4th, when Liberty’s Fire is due to go off to print. 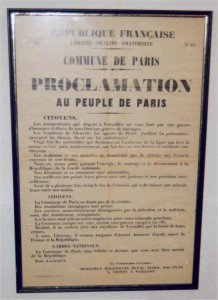 (PS. Do get in touch if you need a review copy or would like an interview for your blog.) 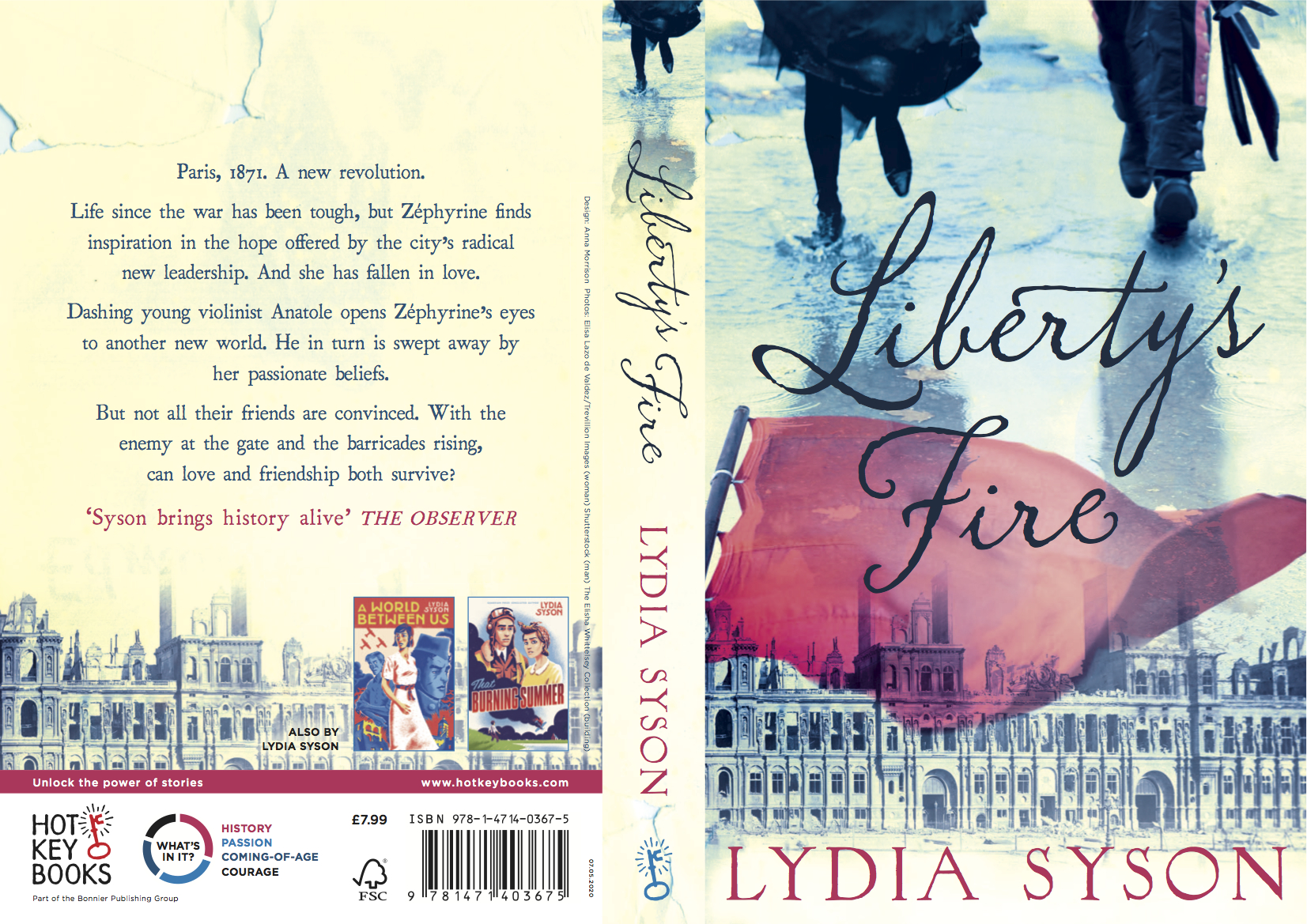