In praise of cross-fertilisation

In the past week my work as a writer has taken me to Edinburgh to participate in a conference on transgressive sexualities in the eighteenth century, to the opening of a new exhibition at London’s Guildhall (Victoriana: The Art of Revival) and on Friday, to my first ever football match – England at Wembley, no less.  Before the game, a lively Moldovan folk band swapped tunes and dance styles with English brassplayers and bodypoppers.  There is a theme here, I promise you. 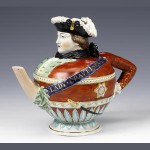 Politeness and Prurience was organised by Edinburgh’s History of Art department, but speakers came from a wide range of other fields too, including literature, history, costume and fashion.  Professors, post-grads, curators and others spoke on spouters and fops, kid gloves and cross-dressing, marriage and macaronis, teapots and textiles, not-so-secret lesbians, queer connoisseurs and castrati.  It was, as you can imagine, a rich mix indeed.

My own contribution, a paper on the origins 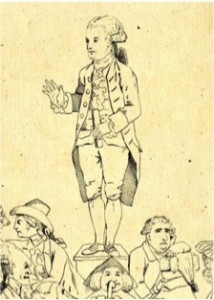 of Dr James Graham’s obsession with the visible and the unseen, and the connections he made between sex, sight and electricity, hailed the much-maligned doctor as the epitome of interdisciplinarity.  He brought together new ideas and techniques from areas as diverse as natural philosophy, glass manufacture and interior design to create a crowd-pleasing, health-giving spectacle that was entirely one-of-a-kind.

Interdisciplinarity has been a buzzword in academic circles for a decade and more.  Cross-fertilisation is another way to put it, particularly appropriate in relation to the doctor who lectured on ‘generation’ – in other words, reproduction – as well as following on nicely from last month’s post. It’s been my guiding principle for years, and maybe my excuse for not getting a ‘proper’ job. But actually, a fellow-speaker I met in Edinburgh put it better when I apologetically tried to describe my ‘career’ over lunch: “You’re a truffle-hunter!” she said.

I can’t deny it.  Forget high-flown theories promoting creativity across disciplinary divides… whatever I’m exploring – whether it’s an academic journal, a sound archive, a marsh or a collection of poetry, whether I’m pursuing a thought triggered by a chance conversation on the top of a bus or at a conference – I’m always on the look-out for that idea which will spark something else off.

This week I’m teetering on the edge of a number of different projects.  On Thursday we’re filming for next month’s launch of That Burning Summer, so I’m thinking about invasion, desertion, spies and moral fibre (and falling in love, of course).  I’ve drawn on the work of military, cultural and local historians for that book, and I’m just putting the finishing touches to a section on background resources on this website. Next week I’m off to the battlefields of the Ebro, and will finally make it to the cave hospital where the last section of A World Between Us is set, and see the very river Nat had to cross, the hillside where he fell.  I’ve a talk to prepare for that trip.  And I’m also starting work in earnest on a new book, immersing myself in an entirely new place and time: nineteenth-century Paris.  The starting point: a late night encounter with my great-great-grandmother in the pages of a biography of a war correspondent, found on Google Books.  The other truffle?  The work of a Cambridge musicologist on 1871 Paris opera.

As I’ve said elsewhere, fiction for children and young adults is a particularly fertile literary arena for mixes and mash-ups, both in inspiration and form. 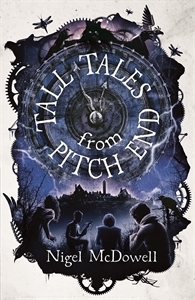 (Guess who designed this cover?)

This summer I’ve read and loved Railsea – my first steampunk novel – drawn in by China Miéville’s response to Moby Dick (and indeed Joan Aiken) rather than his multitude of Arthur C Clarke Awards, and now I’m enjoying Tall Tales from Pitch End, in which Nigel McDowell brings together beautifully two elements which have long had me in thrall – dark Irish fairy tales and clockwork automata.  Clearly time to stop pretending I’m not much interested in fantasy.

Which brings me back to that exhibition at the Guildhall, billed as ‘a multimedia, multisensory engagement with our vision of the past.’ (My invitation came through my involvement with CWISL.) The neo-Victorians on offer include Mat Collishaw, Paula Rego, Yinka Shonibare, Grayson Perry and Rob Ryan. It’s a lot of fun, more than 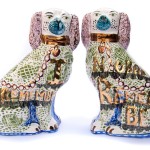 a little kitsch (no surprise there), and at times genuinely unsettling – thoroughly recommended. Get a glimpse of the Roman amphitheatre in the basement while you’re there. I was intrigued by an installation? an intervention? apparently attacking Victorian sentimentality – quite literally: a nineteenth-century marble statue permanently resident in the Guildhall is divebombed by a mobile mass of hybrid creatures.  The artist Tessa Farmer spent quite some time explaining the narrative of ‘Mignon, ambushed by a Mob of Fairies’, delightfully evading my questions on the technicalities of constructing ‘fairies’ and their vehicles from dead insects, shrew bones, hedgehog spines and wasps-nests. 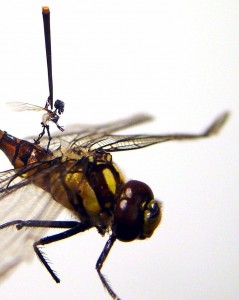 While on the subject of rich mixes, I should explain that my invitation to Wembley came from Philosophy Football, purveyors of fabulous t-shirts and organisers of an event I’m taking part in later this year to commemorate the return of the International Brigaders to Britain, hosted by the East End cinema and ‘cross-culture centre’ called… Rich Mix.  And who should I find myself sitting next to at the football but Heather Barnett, artist, educator and project leader of Broad Vision, the University of Westminster’s Art and Science interdisciplinary Research project?  Now I want this wallpaper. 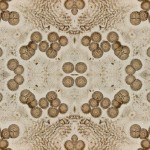 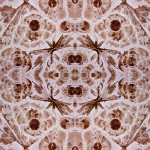 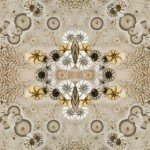