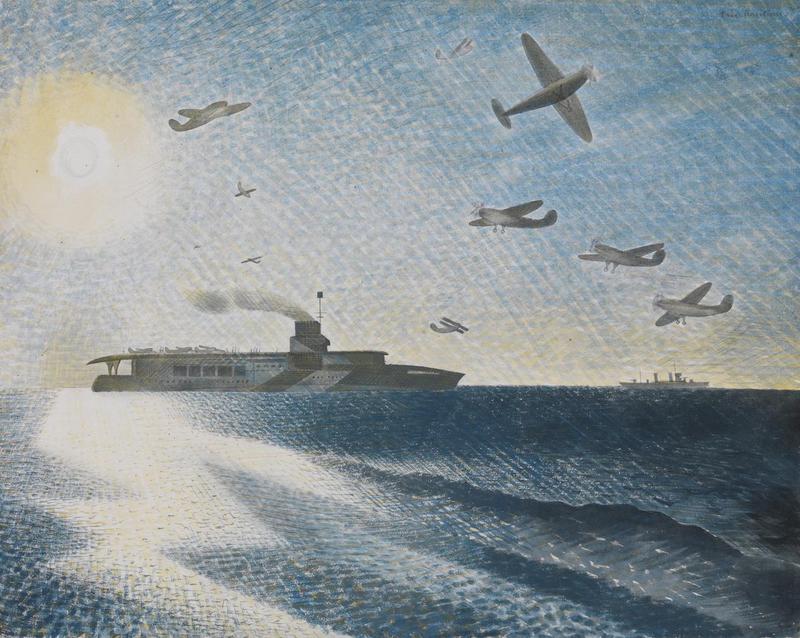 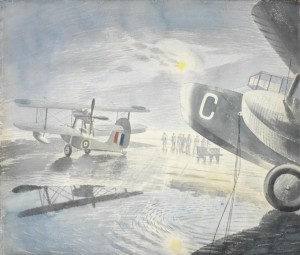 In the course of his posting to the Royal Navy, Ravilious discovered his fascination with flight.  At the Royal Naval Air Station in Dundee he was enthralled by the eccentricities of a lumbering amphibious biplane called a Supermarine Walrus, which could be launched by catapult from a warship, and became very effective in air-sea rescue operations.  ’I spend my time drawing seaplanes and now and again they take me up…I do very much enjoy drawing these queer flying machines…what I like about them is that they are comic things with a strong personality like a duck…You put your head out of the window and it is no more windy than a train.’ (p.36)

When Ravilious began his next War Artist contract, it was with the RAF. ‘These planes and pilots are the best things I have come across since this job began.  They are sweet and have no nonsense (naval traditional nonsense and animal pride).’ (p38)  The luminosity of Ravilious’ watercolour technique was perfectly suited to conveying the peculiar joys of simply being airborne.  Over the course of the summer of 1942, he flew regularly in Tiger Moths from a modest airbase in Hertfordshire, at Sawbridgeworth, where the runway was made of coconut matting and living conditions were equally basic. Yet, as it wrote home:  ”It was more lovely than words can say flying over the moors and the coast today in an open plane, just floating on great curly clouds and perfectly still and cool . . .” (p. 44) 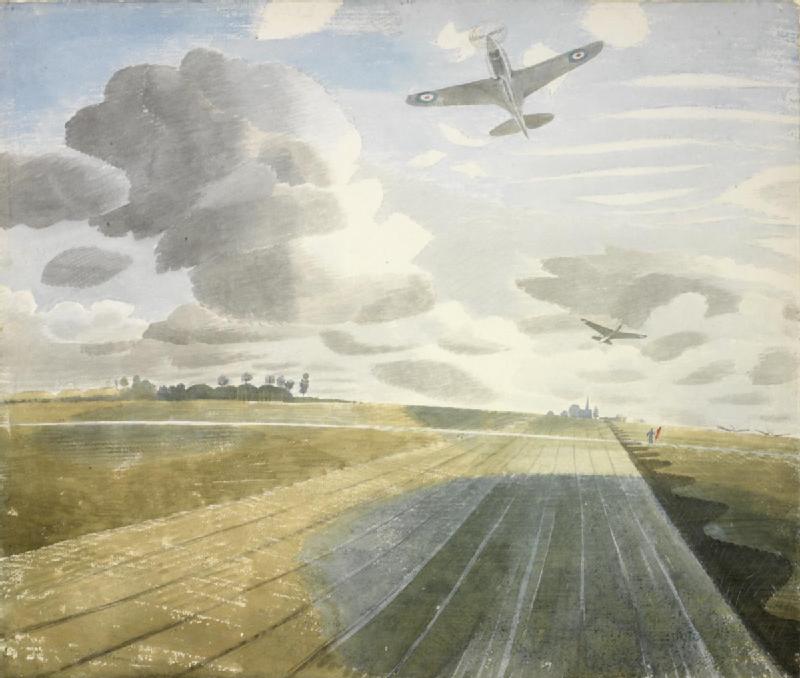 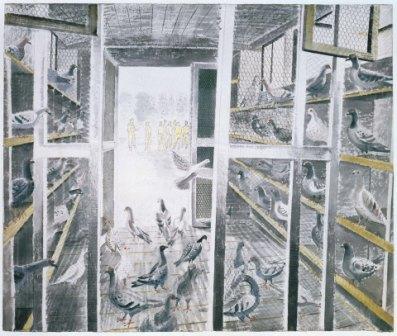