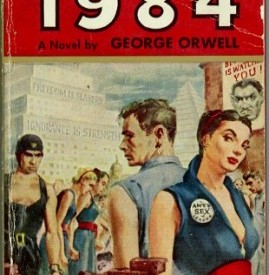 I’m developing a new obsession, fuelled this week by a number of chance media encounters.  Today I read an article by Mariko Oi reflecting on her own extremely selective education in history as a teenager in Japan – just nineteen pages of a textbook were devoted to events which took place between 1931 and 1945. Oi then outlined the ‘curriculum battles’ taking place in Japan right now. While Nobukatsu Fujioka and his Japanese Society for History Textbook Reform regard the majority of current textbooks as “masochistic”, putting Japan only in a negative light, historian Tamaki Matsuoka believes the very opposite is true.  She says that a number of the country’s foreign relations difficulties can be put down its stance on history in schools:

“Our system has been creating young people who get annoyed by all the complaints that China and South Korea make about war atrocities because they are not taught what they are complaining about…It is very dangerous because some of them may resort to the internet to get more information and then they start believing the nationalists’ views that Japan did nothing wrong.”

Earlier this week I listened to Edmund de Waal talking about his grandmother’s posthumously published and distinctly autobiographical novel about returning to Austria as an exile after the Second World War.  He commented on the very different approaches taken now to the history of the same period in Austria and Germany. I was delighted to discover last month that ‘A World Between Us’ will be translated into German, and interested to see on my German publisher’s list – among a number of issue-based Young Adult novels about teenage alcoholism, bullying and anorexia – a story about a teenager’s difficulties in extricating himself from a far right youth group.  Now I wonder whether a book like that would find as ready an audience in Austria as in Germany.

The Anne Frank Trust travelling exhibition was hosted this term by Elmgreen School in South London – culminating in a visit by Holocaust survivor Herbert Levy, which I was invited to attend.  The message he left the students with – ‘Never again’ – rests on the assumption that only by talking and remembering the past can we prevent the repetition of atrocities.  When I went to talk to some of the same year 9s a few weeks later, they were surprised to hear what a very different approach Spain has until recently taken to the idea of ‘never again’.

This is a hasty post, as I’m off to two events on related subjects this afternoon – a seminar on Middle class recruits to Communism in 1930s Britain at Gresham College, followed by a discussion at LSE with Paul Preston, Daniel Beer, Helen Graham and Dan Stone: Franco’s Terror in a European Context.  Both should be available to view online in the next few weeks.  Two brilliant examples of the kind of high quality, accessible-to-all history events for which our higher education institutions should be celebrated.  Long may they last.

What do you feel got left out of your historical education when you were growing up?  And how have you filled the gaps since?