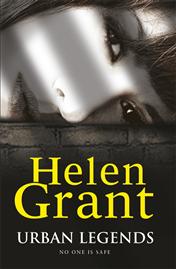 Fellow YA author Helen Grant and I struck up conversation on Twitter at the weekend after reading a couple of responses from disgruntled male writers to the YouGov poll which found – surprise, surprise – that most people would rather be writers than go down the pit. To counter the prevailing myth that writing books is always a miserable, lonely profession, we collaborated on this book blog for The Guardian.

Now of course I’m trying to resist the temptation to look at the comments. There’s only so much you can say in 700 words, and the whole point of the piece was to look at the appeal of the writing life.  Of course writing is difficult. I think I find it harder with every book I write, not least because I deliberately make it more difficult for myself.  That’s what makes writing interesting.  And of course the money is desperate, and getting ever more so. But if you compare writing with just about any other £11,000 p.a. job – and then, if you are a parent, calculate the childcare costs of working away from home – it quickly becomes obvious why being an author topped the YouGov poll. Yes, it’s also extremely competitive, but alongside bookshelf and review space there is public support still out there, just about, the value of which we all need to shout about.  I certainly couldn’t have written my latest book without Arts Council funding.

The world of YA and children’s writing is particularly generous and nurturing, which does make it a lot easier not to become embittered and full of loathing when things aren’t going so well. Tim Lott wrote of the small consolation of the legacy you leave – the work itself. I think writing for children gives you something even better – the sense that you might have made a real difference to the way a young person thinks about the world.  Dodie Smith’s The Starlight Barking was one book that made a huge impression on me when I was little: the opening chapter taught me what the Dog Star was, and introduced the concept of counting your blessings, which, having been brought up in a rational, atheist household, I’d never before encountered.  I may not believe in God, but I still frequently find myself thinking of Pongo, strolling under the stars, telling himself “he must count his blessings oftener”. 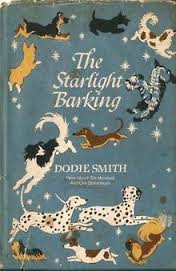 Another great group of writers: The History Girls. Earlier this month I blogged there about Zola and a young eel who slithered round Paris during the Siege and Commune, providing material for Liberty’s Fire, and food for thought about Communarde stereotypes. 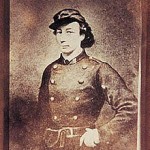 –  Copies of Liberty’s Fire are now going out to reviewers. All most nervewracking.

–   And I can now announce that from October this year I’ll be taking up residence in the attics of Somerset House for two days a week, where I’m joining Philippa Stockley as an RLF Fellow at the Courtauld Institute of Art.