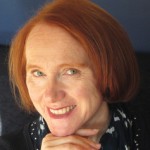 My first exciting piece of news is that I’ve just signed with a second agent: Anne Clark of Anne Clark Literary Agency now represents my work for younger children.  I’m already enjoying working with her enormously.  Catherine Clarke of Felicity Bryan Associates will continue to handle all my writing for anyone over seven (adults included).  To be honest, I can’t quite believe my luck in having two such fantastic agents.

Picture books are a real departure for me and a whole new challenge. I love the discipline involved. There’s an absolute precision required – the need not just for every single word to do its work, but every single page-turn, punctuation mark and unspoken idea too – which I find actually feeds back very fruitfully into all my other forms of writing.  I don’t think I’d have dared try this at all without the support and inspiration of various networks of children’s writers I’ve got to know over the past few years – hugely talented picture book authors and illustrators in CWISL, SAS, SCWBI and also the National Literacy Trust‘s 21st Century Author programme (more on which shortly).  I’ve also learned a huge amount from the brilliant Picture Book Den blog, which I thoroughly recommend. So now I’m crossing my fingers on the publication front.

Some members of my family may be convinced I live in the dark ages, but actually I’m now officially a 21st Century Author.  This is thanks to an NLT scheme funded partly by the Arts Council and partly by the Premier League to train children’s authors – new and not quite so new – in the art of doing events.  It was designed to complement the NLT’s

astonishingly successful Premier League Reading Stars Programme, which harnesses footballers’ enthusiasm for books and stories to enthuse children and teenagers who are finding reading a struggle, and the training was brilliantly delivered by the Author Profile team (above)  Ruth Symes (aka Megan Rix) blogged about the first meeting back in January on An Awfully Big Blog Adventure and Jo Franklin wrote about the programme in February.  Three separate sessions covered three key areas: devising appropriate and flexible content; improving performance delivery; the very practical nitty-gritty of organising events, from marketing to bookselling.  It’s hard to say which of these was more useful.  I’m so grateful to all the organisations involved in this scheme.  These days there’s so much more involved in being an ‘author’ than simply writing books, and support of this calibre for all the other stuff is absolutely invaluable.

Find out more about my school visits here. 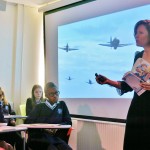 Find out more about the National Literacy Trust’s work to improve reading, writing, speaking and listening skills in the UK’s most disadvantaged communities here.

How you can help the National Literacy Trust:

* Unpublished children’s writers can help raise money for the NLT by entering the New Children’s Author Prize AND win themselves a publishing contract with Bloomsbury with a £5,000 advance.  You need to submit a 20-40,000 word story aimed at children aged 8-12, and you must be over 18 and a UK resident. Judges include Katherine Rundell, award-winning author of Rooftoppers and The Girl Savage. 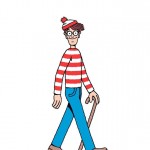 * Runners, walkers and anyone who aged 8+ who likes dressing up/ stripy shirts/bobble hats and lives in the Midlands can take part in the NLT’s Where’s Wally? Fun Run in Birmingham on October 4th.

* Anyone who reads can raise money for the NLT thanks to a promotion by the online retailers Flubit, where August is book month. A 100 character micro book review in the form of a tweet  tagged #flubitbooks will trigger a £1 donation from @flubitweet and a 200-300 word review of any book emailed to books@flubit.com will result in a free book for you and, better still, a £10 donation to the National Literacy Trust.  But don’t waste any time – this promotion only runs till the end of August.

Last term I taught my first novel-writing course at City University, London – a very rewarding experience – and I’ll continue to be a Visiting Lecturer in the creative writing Short Course programme.  I’m also mentoring new writers on a one-to-one basis, something which I’ve not really advertised yet, as there’s a limit to how many projects I can take on at one time.  (But do contact me to discuss mentoring if you’re interested in the future.)  The first book by an author I’ve mentored from beginning to end was beautifully published by Bloomsbury in March this year: Two Turtle Doves, ‘a memoir of making things’, by jeweller Alex Monroe, described by The Spectator as ‘a master-craftsman of the anecdote’: 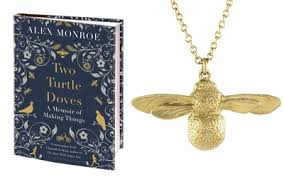 A World Between Us came out in Germany, published by Oetinger, 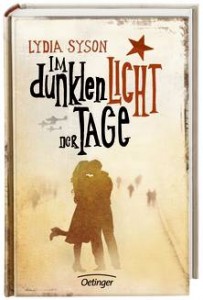 putting me in illustrious company which includes Astrid Lindgren and Suzanne Collins!  The title translates as ‘In the Dark Light of the Day’.  The Spanish Civil War has an interesting history in Germany, particularly pre-unification. Germans fought on both sides in Spain.  German International Brigaders taking their first opportunity to fight fascism were left with no country to return to after the Republican government was defeated, and among the forces sent by Hitler to help Franco’s nationalists, German pilots were particularly crucial in the rebel’s bombing campaign, notably at Guernica. But of course few countries in the world have been as willing to come to terms with their history than Germany.

It’s early days – just a week and a half since publication, but so far, so enthusiastic….this blogger’s 5* review rates Im Dunklen Licht der Tage as the best realist book of 2014.

Thanks to translator Astrid Scherff-Hübner and cover designer Cornelia Niere and of course my lovely editor at Oetinger, Maya Geis.

When not thinking about picture books, my head is full of revolution and nineteenth-century France.  This autumn will see me revising my Liberty’s Fire manuscript, and I’ll be making one more research trip to Paris.

I’ve recently joined the team on the great blog, The History Girls.  The name speaks for itself but do follow the link if you’re not familiar with this groups of writers.  I’ll be blogging on the 6th of every month, starting in October.

The CWISL Shoutwest Festival at Brunel University was a great success in June – read all about it in Books for Keeps.

(NB The image of newspaper reading at the top is by Daumier, empathetic and incisive caricaturist of Parisian politics and society in the 19th century.)