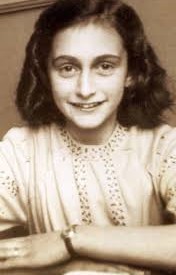 Lots of good things happening this month and next…

On Tuesday 14th April the Anne Frank Trust will be at the British Library launching a new campaign called #notsilent to mark the 70th anniversary of the death of the world’s best known diarist. The organisation was set up twenty-five years ago with the aim of using Anne Frank’s life and her diary to encourage young people everywhere to combat prejudice and challenge hatred and discrimination, working through educational projects with young people in schools, prisons and communities throughout the UK. The idea behind the campaign is that instead of remembering Anne Frank with one minute’s silence, we all spend time talking about her as much as possible.

I found out about this campaign when I was attending another very inspiring event, the first Pupil Librarian Assistant of the Year Award, and happily agreed to record a one minute video sharing some of my thoughts about Anne Frank, and my first experience of reading the diary.

It’s very easy to contribute to #notsilent and encourage everyone to talk about the importance of challenging prejudice by recording yourself either reading an extract from the diary or simply talking about Anne Frank. You’ll find full details and advice about how to go about this on the Trust’s website and here’s an article by Gillian Walnes, vice-president and co-founder explaining why it’s so important not to forget.

Meanwhile TODAY is UKYA Day. When I wrote about the first UKYA Day this time last year, UKYA was something I felt I had to explain. No longer, I’m glad to say. This year I’m simply going to direct you to an incredibly busy day’s schedule of Twitter discussions, videos, competitions, recommendations, a Twitterthon culminating in a live show and #ukyachat.  Just use the hashtag #UKYADay to join in. Surely everyone now knows that UKYA has something for everybody? 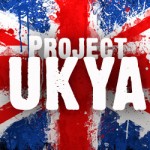 And there’s more UKYA coming up next month.  I’m delighted to say that Liberty’s Fire is one of the titles featured in another great bookbloggers’ initiative, #CountdownYA, celebrating YA fiction published on May 7th.  You’ll also find me on ‘blog tour’ that week – see below for details and links.

On May 9th I’m taking part in Philosophy Football’s Days of Hope event at Rich Mix, Shoreditch – book now for the free Spyfever! Drama Workshop for 9-14 year olds with A Spaniel in the Works Theatre Company.  We’ll be reliving the uncertain days of 1940 using authentic propaganda and vintage props and costumes. 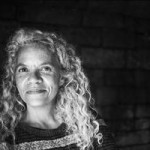 On May 20th at 7pm I’ll be at Housmans Bookshop in King’s Cross talking about Liberty’s Fire and the future of radical historical fiction for the young with fellow History Girl, the brilliant novelist and screenwriter Catherine Johnson   I’m very much looking forward to hearing more about her forthcoming novels, including The Curious Tale of The Lady Caraboo, out in July and based on a story from Georgian England which has intrigued me since I first came across it while I was writing Doctor of Love. 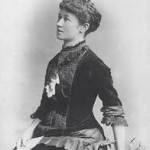 Fitzrovia during which I’ll be talking about my great-great-grandmother, Nannie Dryhurst, one of the founders of the Freedom Press, the anarchist free school in Fitzroy Street where she taught alongside Louise Michel, and the Communards who found a safe haven in London after the fall of the Paris Commune.

That’s part of the Fitzrovia Festival.

The original meaning of ‘free school’ – a school which included no religious instruction or worship, in contrast to the national primary schools established by the 1870 Education Act, in which religious education was compulsory – is explained in passing in David Rosenberg’s absorbing new guide to London’s hidden radical history, Rebel Footprints 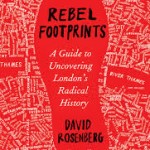 (published last month by Pluto Press).  This is a wonderful cornucopia of a book, with essays, maps and guided walks, not to mention an excellent index and bibliography, and I can’t recommend it more highly.  It’s equally good for armchair reading or taking onto the streets, and doesn’t shy away from revealing the often contradictory personalities of so many of its vast cast of characters – ‘from suffragettes to socialists, from Chartists to trade unionists’.  I was delighted to find references relevant to each of my novels in one chapter alone – ‘No Gods, No Masters: Radical Bloomsbury’ – for example the Bloomsbury Socialist Society’s slogan ‘Workers of the World, Unite’ (an exhortation quoted by Kitty in A World Between Us), a paragraph on the origins of London’s pacifist movement (Peggy and Ernest’s father in That Burning Summer is a Peace Pledge Union activist), and the reminder that London was an important place of refuge for radical French exiles after the fall of the Commune, and home at various times to a host of writers, commentators and translators of texts about the Commune – including Karl Marx and his daughter Eleanor (who translated Lissagaray’s invaluable History of the Paris Commune), Peter Kropotkin, William Morris and Lenin himself.

In the first week of May, I’m delighted to be the guest of some brilliant and varied blogs: on Monday you’ll find me at the Overflowing Library (that’s part of the #CountdownYA organised by the supremely energetic, enthusiastic and, yes, well, fantastically organised pair of bloggers, Jim from YA Yeah Yeah and Daphne from Winged Reviews), on Tuesday talking to fellow historical novelist Rebecca Mascull, on Wednesday to historical YA convert Fluttering Butterflies, and on Thursday I’m looking forward to being at Mr Ripley’s Enchanted Books.  I’ve written about the family history behind my fiction at The Family Tree magazine, where you’ve got until May 13th to enter a competition to win copies of all three of my novels.

*** Until May 6th, you can win a copy of Liberty’s Fire at Goodreads.